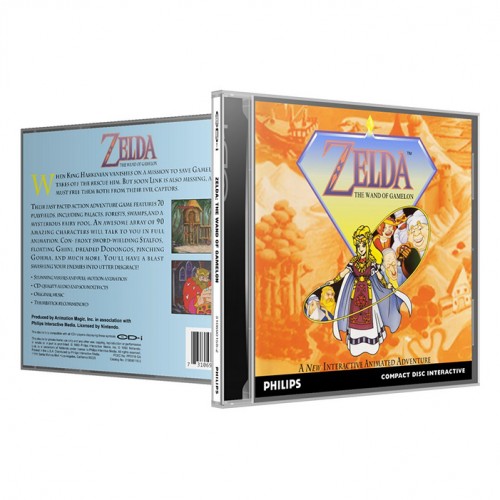 Zelda: The Wand of Gamelon is a video game developed by Animation Magic and released for the Philips CD-i in 1993 alongside Link: The Faces of Evil.
A result of a compromise among Nintendo and Philips because of their inability to release a CD-ROM add-on to the Super Nintendo Entertainment System, The Wand of Gamelon, alongside the other two, are the only licensed Zelda games released on a non-Nintendo system.
• 8 page Manual
• Case & artwork inserts
• High resolution printed CDR disc
• Region Free
All reproduction games are Made-To-Order and take 7 to 10 days production time before dispatch.

Zelda: The Wand of Gamelon